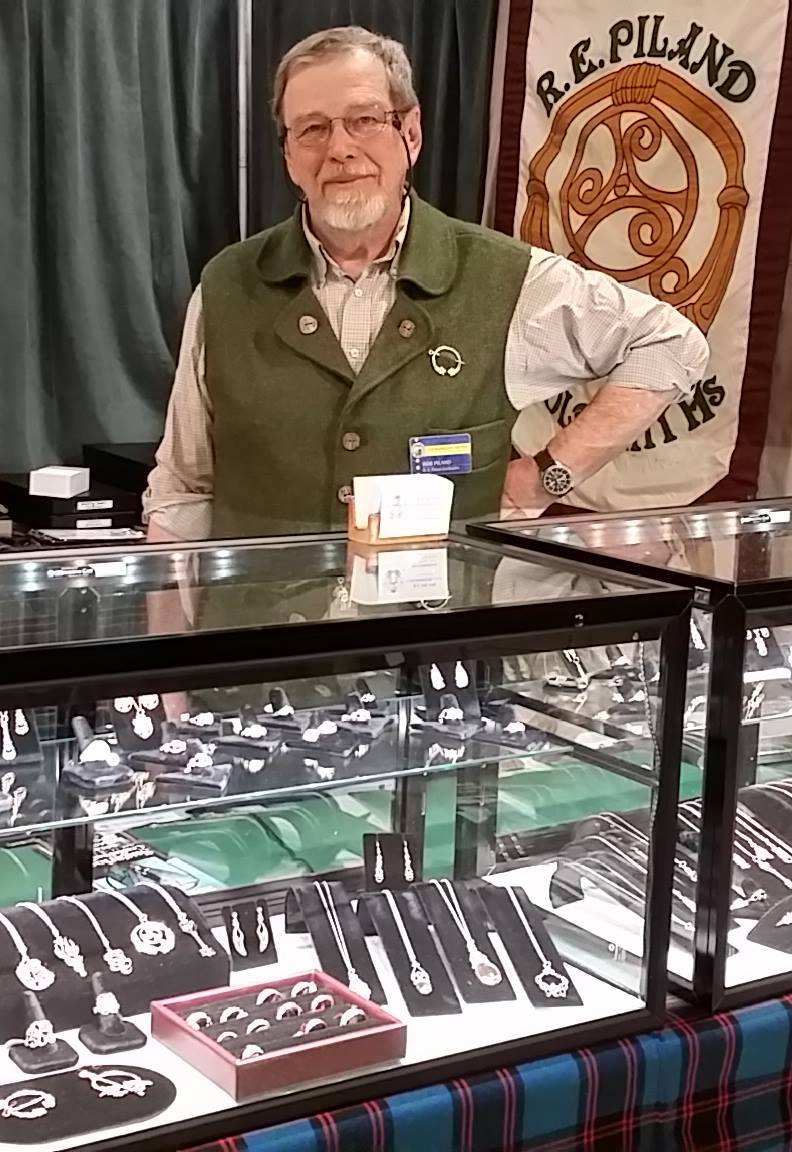 R.E. Piland Goldsmiths is one of the nation's leading crafters of handmade Celtic Jewelry. All of the jewelry is designed and made by Rob Piland at his home studio near Haymarket, Virginia. His beautiful silver and gold Celtic jewelry pieces are each handmade and crafted according to a strict code of traditional craftsmanship.

Rob Piland has been and done many things in his life, but at the essential center of him is a goldsmith and artist - a creator of beauty in a world that often forgets what beauty is.

As the son of a military family living in Japan, his first fascination with the jeweler's art came in his early teens. At thirteen, he discovered a small goldsmith's shop in Yamatocho and spent hours watching as beautiful pieces - rings, bracelets, pins - formed under the master's hands. Although the language difference barred formal communication, there surely was a mutual understanding and a bond between the two. Many years later, the bond was re-manifested when a woman brought a pearl ring into Rob's shop to be repaired. That ring had been made by the same Japanese goldsmith he had watched and learned from so long ago.

Despite this early fascination, it was not until after his discharge from the military in the late 1960s that Rob began what was to be his life's work. A two-year European-style apprenticeship with an immigrant German goldsmith resulted. The old German insisted that Rob become a mechanic rather than an artist, though it wasn't till some years later that Rob finally understood what this meant. "If you learn to become a master mechanic, learning your tools and your metals, your art will flow from it," he explains now.

Since that apprenticeship, Rob has worked for many of the country's major jewelry stores and he previously owned his own shop, Avalon Jewelers, in Virginia. He now works out of his home-based studio and sells his art at craft, Celtic, and Renaissance fairs as well as online.

Recognition and honors have been numerous, including commissions for a President's Badge of Office from both the Saint Andrews Society of Washington DC  and the Virginia Scottish Games Association; a new design for the Jean Keith Award presented annually by the Scottish Games Association; and depiction of his Shield Knot pendant on Edwin McCain's album cover for Honor Among Thieves and on his concert tour T-shirt.

All pieces are Rob's original design, based on the Celtic art of his heritage and the Oriental imagery of his childhood. His slogan "Relive the Art of the Celts" expresses exactly that - these are not reproductions but original creations, ancient Celtic knotwork brought forward to the present day.

With his wife, Liz, who manages the business and has apprenticed with him since their marriage, and with other part-time help, all work is done at his studio; he runs the castings and oversees or personally completes all finish work. Pieces are sterling silver, 14-karat gold (not filled or plated), or a combination; stones are semi-precious or precious, generally cabochon-cut (domed rather than faceted), and reveal Rob's eye for the unusual and the beautiful. Much of his work is one-of-a-kind, based on stones that speak to his artistic talent. 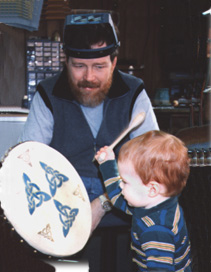 All of R.E. Piland's jewelry pieces are guaranteed for life against defects in the work, though their weight and construction make this seldom necessary. However, one of Rob's favorite stories is that of the Celtic wrist torc that he swears must have been used as a connector between two too-short pieces of chain or rope that, perhaps, were needed to pull a car from a ditch. "They would never tell me what had happened," he says with a smile, "but the torc was completely straightened!" (Repairs such as this, resulting from a use of the piece in ways not originally imagined, are generally fee-based!)

Rob is a lucky man, for he works at what he loves, and the work he does shows that love.