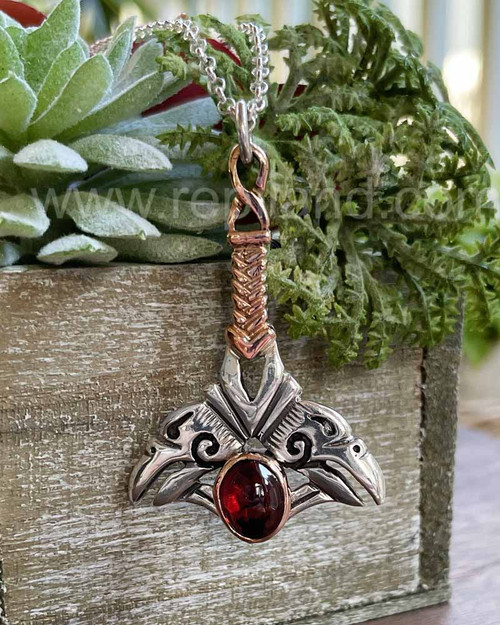 The Orkney islands are unique and unlike any other part of Great Britain. They have managed to retain many of their original, unique customs and traditions resulting from their long and eventful history. In the early 8th century the Vikings arrived looking for land and for the next 600 years or so the Norsemen ruled Orkney. The raven banner was used by the Norse Jarls of Orkney. Surprisingly, although the Vikings had a reputation as fearsome warriors, they settled down and became farmers.

Rob took the ravens from the Orkney Penannular to create the Orkney Hammer Pendant. The ravens face outward under a braided column. This gemstone version is 14kt Rose gold, sterling silver and features an approximately 3ct 10x8mm oval Garnet cabochon.