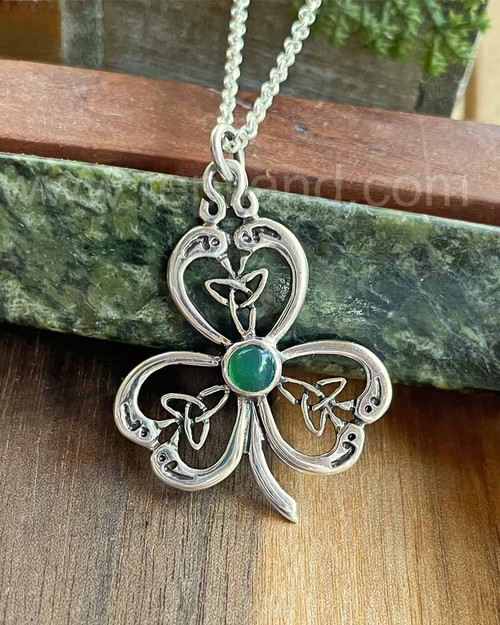 The Doyle's Shamrock Gem Pendant has a lot of history behind it already! The 3 leaves are made from the Bonnie Swans, which was a popular pendant sold from 2007 to 2009. In 2007, a friend & client commissioned Rob to make a shamrock pendant using the swans. The original pendant had no gem and a few slight differences but after 13 years Rob had the inspiration to rework it into a gem pendant. We decided honor the original owner by giving the pendant her family name.

The Doyle's Shamrock has a 6mm gemstone at the center, it measures 1 3/4 inches long and just under 1 1/2 inches wide.